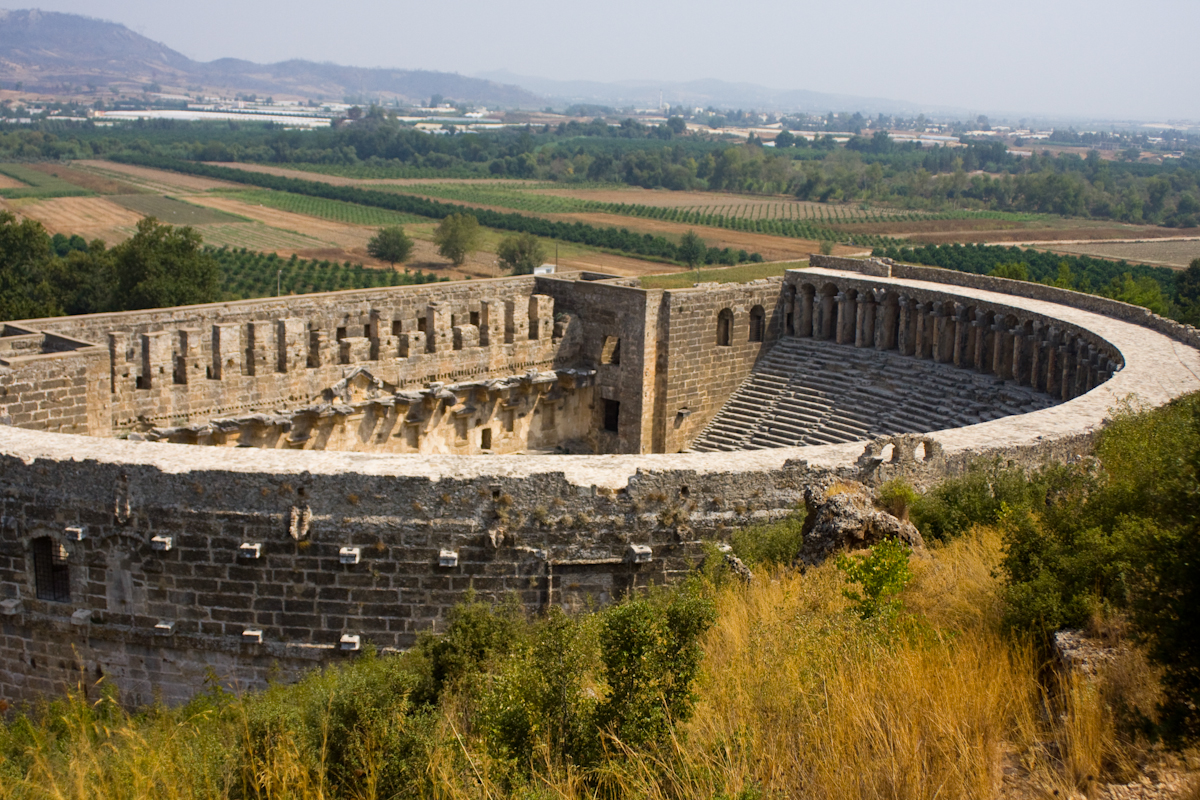 Aspendos or Aspendus was an ancient city in Pamphylia, Asia Minor, located about 40 km east of the modern city of Antalya, Turkey. It was situated on the Eurymedon River about 16 km inland from the Mediterranean Sea. Aspendos shared a border with, and was hostile to, Side. According to later tradition, the (originally non-Greek) city was founded around 1000 BC by Greeks who may have come from Argos. Aspendos is known for having the best-preserved theatre of antiquity in Turkey. With a diametre of 96 metres (315 ft), the theatre provided seating for 7,000 people.