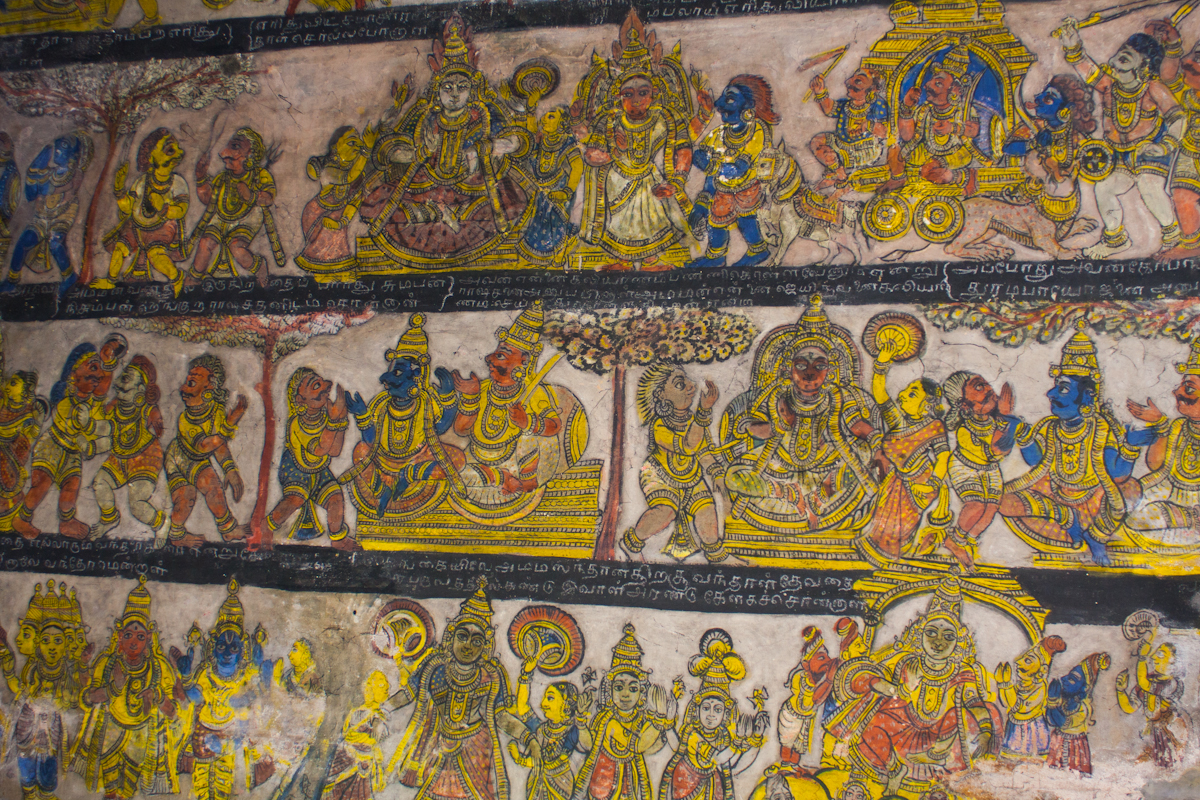 The Peruvudaiyar Kovil, also known as Brihadeeswara Temple, RajaRajeswara Temple and Rajarajeswaram, at Thanjavur in the Indian state of Tamil Nadu, is a Hindu temple dedicated to Shiva and an art of the work achieved by Cholas in Tamil architecture. The temple is part of the UNESCO World Heritage Site “Great Living Chola Temples”.
This temple is one of India’s most prized architectural sites. The temple stands amidst fortified walls that were probably added in the 16th century. The vimana or (temple tower) is 216 ft (66 m) high and is among the tallest of its kind in the world. The Kumbam (Kalasha or Chikharam) (apex or the bulbous structure on the top) of the temple is carved out of a single stone.
There is a big statue of Nandi (sacred bull), carved out of a single rock, at the entrance measuring about 16 feet long and 13 feet high.
The entire temple structure is made out of granite, the nearest sources of which are close to Tiruchchirapalli, about 60 km to the west of Thanjavur, where the temple is. More…